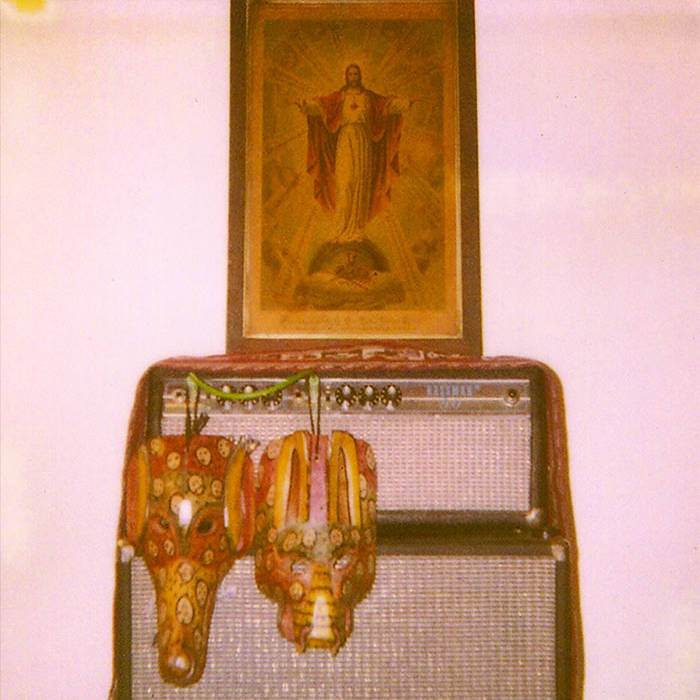 Mirror Gaze came together by chance around five years ago when Clare improvised some breathy vocals over Jim’s hypnotic layers of looped bass vi. Liking the combination of Clare’s naïve but sensual pop sensibilities and Jim’s dark experimental rock leanings, they decided to flesh out their ideas with some keyboards and basic rhythms, committing their labours to cassette. The result is a varied excursion through dreamy drone-pop territory of many shades of light and dark, with cryptic lyrics that touch on themes of voyeuristic desire, automotive escapism and time-travelling love affairs, amongst others.

Fusing the lipstick twang and simplicity of early rock’n’roll with a minimalist sensibility –‘like the Cramps playing Steve Reich’ as one reviewer commented– Mirror Gaze's sound is influenced by the enveloping psychedelic textures of Spacemen 3, the melancholy intimacy of Mazzy Star, the sultry atmospherics of HTRK and the mysterious languor of Angelo Badalamenti’s soundtracks for David Lynch’s films.

Absolutely exclusive to us, this cassette marks the debut of dark and interesting duo Mirror Gaze. Rather like the recent Northern Exchange material, this has a Young Marble Giants vibe about the vocals but rather than being wistful and pastoral this contains dark and dangerous repeato-melodies that leads opener to sound something akin to Alison Statton singing over the Cramps playing Suicide riffs. 'Motorway' has an apt concrete grey theme as the instruments slowly build up over a kraut chug, I'd actually like a little more space between the vocals to allow the instruments to breathe somewhat... less is more etc and almost as if they've been taking heed, 'My Haus' is based around a spindly riff that recalls both Bauhaus 'Bela Lugosi's Dead' and the Fall 'I Am Damo Suzuki'. The creeping minimalism of this track creates the kind of spooky atmospheres that appear in the music of Tropic of Cancer.

Mirror Gaze have a unique sound that harks back to oddball post punk experimenters and if I didn't already know the date stamp on it I'd swear that this was made in some dank studio in 1981. To sum up I'm going to return to my first thought that it's like Suicide, the Cramps and Young Marble Giants locked in an underground bunker together creating music that creeps insidiously into your soul.